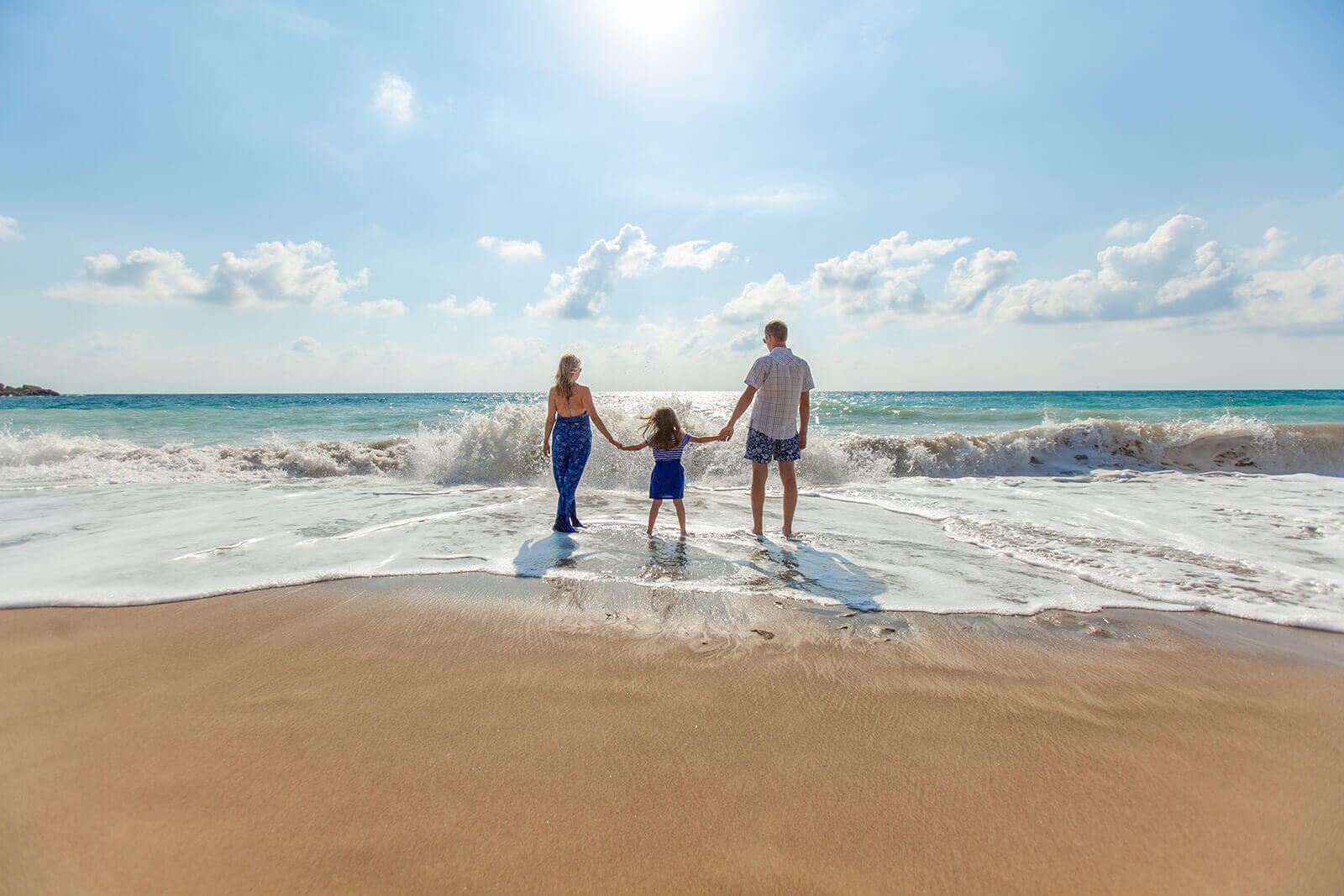 A sinister whistle winds its way up the path, echoing off the walls of three small and distinct houses.

The occupants, who had been playing outside, freeze for an instant before scurrying back indoors, locking and barricading what they can while doing their best to quiet their breathing. The youngest and most vulnerable wishing desperately that he could mute his own heartbeat, which suddenly seems far too loud.

Outside, the stranger lopes unhurriedly around the final bend to the clearing, sits down calmly, and clears his throat to speak.

Despite the constant writing of new stories, introduction of new characters, new and more nuanced lessons, these three little pigs maintain a powerful grip on educators and curricula everywhere.

I grew up with this story, internalised the moral, and promptly forgot about it. Now my kids are hearing it, albeit in a different language, and somehow it has become one of bedtime’s most requested hits.

It’s appealing, definitely: the three pigs display differing levels of hubris, laziness, and lack of interest in educating themselves, and thus each one reaps its own reward of watching its shelter be blown to smithereens and then hoping against hope that its more industrious brothers’ efforts will prove hardier. It’s simple and repetitive, with easy dialogue and an extremely obvious lesson: do it right, and do it once. We teach young listeners that a failure to build strong defences in times of peace will lead to a deserved defeat and a humbling — though hopefully not fatal — lesson.

There is no gristly axe-chopping scene or innocent sheep being devoured, as in other wolf-centred fables. It’s a clean little story with a hopeful message. But what if, over generations of hearing and re-telling, we’ve all gotten it wrong? Maybe the wolf isn’t such a terrible figure after all, and there’s something far more sinister lurking under the surface of the three protagonists.

What else do the three little pigs tell us?

Three characters. One goal. Three different approaches, and only one success. It’s a story about competition. But why?

There are a multitude of arenas where many characters are competing to achieve the highest level of success in one field: many hands all grasping for one trophy. These tales can often be extremely compelling, adventurous, and usually triumphant. As stories, they’re great fodder. And in real life, more common than they may initially appear.

Some workplaces foster this type of rivalry, hoping for each individual to put in more effort, more hours, or bring more creativity to a task. Prizes are usually monetary and can help foster company growth. Fresh ideas, incentivised grinding, the constant oneupmanship of having the newest and greatest plan to zero in on a goal… business owners and managers have a hard time turning this down.

But stories in which workplace stress was amplified by upper levels adding the element of opposition are legion. Increasingly longer hours in order to be the last person leaving the office led to some famously disastrous mental health consequences for Japanese salarymen. Having a good idea being dismissed as a ‘losing’ idea, rather than being incorporated or nurtured into a better version of itself can lead to frustration, disillusionment, and even burnout in employees who begin to feel undervalued. It’s very “third prize is you’re fired!”

There is also the issue of sabotage by traitorous coworkers and a general sense of not being supported. Races, friendly competitions, and internal teamwork can all be positive additions to a workplace. But when the constant emphasis is placed on being ‘best,’ ‘fastest,’ ‘most,’ etc, long-term losses begin to outweigh any short- to medium-term benefits.
On an individual level, then, competition may be harmful. But what about on a collective level?

There are very strong examples of when concurrent (competing) projects have proven ultimately more advantageous for everyone. The most recent is in the field of vaccine science, where several different companies arrived at the same end result by following varying paths. This was much more helpful to the global population than the end result of one vaccine, particularly as one of the bunch ended up having possible adverse health effects in a small subset of recipients.
This type of internal competition made not only all the competitors, but the spectators as well, into winners.
But there is an important caveat at play here: this speedy result was not due simply to several intense months of rapid-fire development. Rather, these positive vaccine developments were built on the back of years of other researchers and projects, quietly chipping away at viral puzzles and mRNA sequences. So while it may have appeared to have been a competition-fostered win-win-win situation, it was actually collaborative in the extreme.

Green energy solutions are currently experiencing a similar storyline to vaccines pre-COVID. Everyone is trying their hardest to crack the problem. But because the ultimate prize in the free-market-driven late-capitalistic invention landscape is a lucrative patent, the actual manpower being expended is orders of magnitude above what is actually needed to drive change.

The field here is crowded with combatants. Some will fail almost immediately, some will manage to make it mid-way, and still others will be drivers in a future green energy revolution. But how many excellent minds and well-spent work hours will have been bent to a purpose that was being solved elsewhere at the same time? Wouldn’t it have been a better use of everyone’s time, talent, and knowledge to have them working together?

Isn’t solving the climate crisis worth more than increasing one particular fund’s assets? More than the stock price of a conglomerate?

Wouldn’t the three little pigs have been better served had they decided to work together to build one strong, impenetrable house, constructed faster and leaving all three with more time to do other things?

Instead, we had one little piggy working badly but playing a lot when he finished.
A second piggy working slightly better but also getting some downtime in.
And the third piggy worked the hardest and smartest but had no relaxation time whatsoever before the other two took advantage of his work ethic in a survival situation. What if the third piggy had directed the other two, shared his knowledge and led to the group not only surviving, but thriving? A solid house, with time and man hours (pig hours) left over for food preparation or recreational activities?

How many hours has humanity lost in the fight against existential threats by glorifying the selfish hoarding of knowledge by one little piggy.

Let’s retell the tale, let’s teach our kids that collaboration, not competition, is the key to their secured future.

Grinning from ear to pointed ear, the wolf could not possibly have anticipated what came next.

Thwack!
Thud.
A stunned silence fills the clearing. Where once were three little pigs and their predator, now stand only the three victors and one furry, defeated foe, unconscious and neatly wrapped up in an elaborate trap, designed and built by a cohesive team of three little pigs. 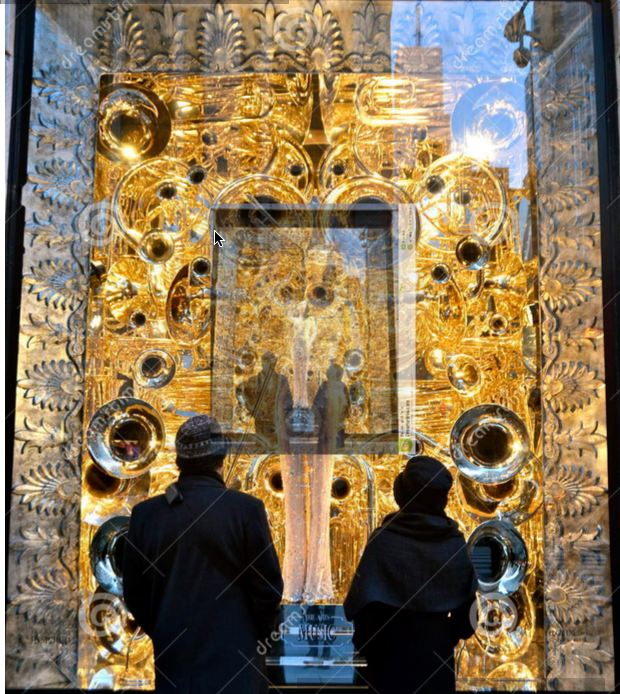 We’ll call her Jeanine, and she’s had a terribly long day. After hours of walking up and down the paved streets of her city’s crowded central shopping district and not seeing a single shopfront that has what she needs, frustration has given way to boredom. Jeanine has been looking for a particular style of dress,…